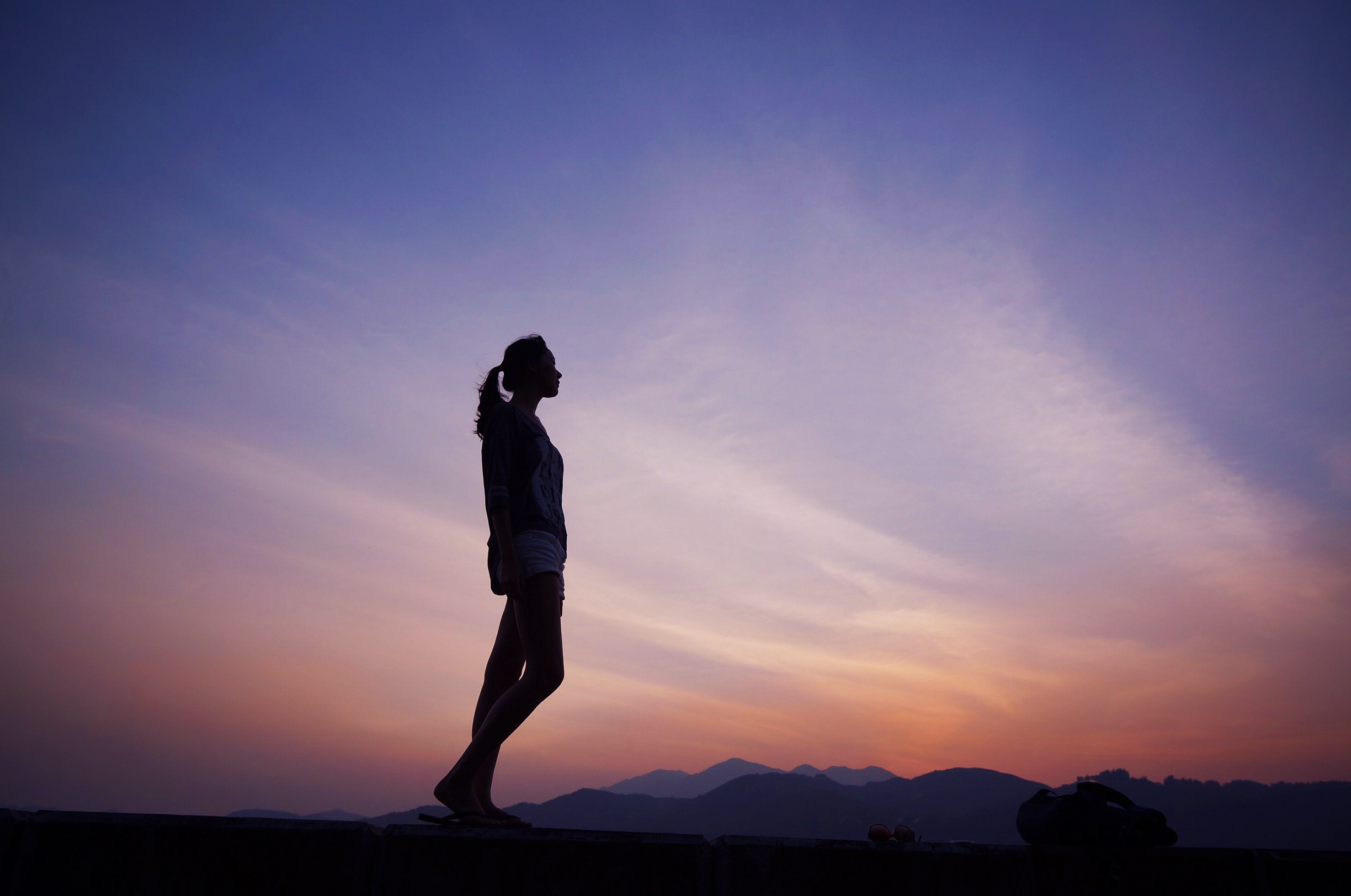 I was ten when I started to believe I had fat legs. It needs to be said at this stage that I categorically did not have fat legs (I was a skinny kid) but I absolutely believed I did have fat legs and they immediately became a source of shame for me.

I clearly remember looking at a photo of myself in my Tammy Girl white-with-pink-dots rah-rah skirt (I was a girl of my time ?) and physically recoiling at my legs.  It was the beginning of decades of body shame, self-hatred and disordered eating.

All because I believed a lie upon which other lies immediately took root.  I opened the door to the first lie, welcomed it in and before I knew it I was living in a new reality.

The first lie I believed was that I had fat legs and that there was something ‘wrong’ and ‘shameful’ about my legs.

The second lie that took hold was that there was something wrong with fat legs – I grew up in a culture that idolised ‘thin’ and was told that ‘women should be smaller than men’.  This second lie may have been there before the first lie but, whichever the order, the two lies made for a very powerful tag-team.

The third lie I believed was that I should cover up my legs.

The fourth lie involved fantasies about surgically changing my legs (I was ten, remember…)

The fifth lie took hold a couple of years later when I started skipping meals and paved the way for a disordered eating pattern that would plague me into my thirties.

A thousand other lies joined the party over those years – you can imagine the noise in my head!

Now, this is not necessarily a blog about eating disorders or body image. This is a blog about the lies we believe and how those lies come to dictate our reality.  The day before I started believing the lie about my legs I did not even think about the food going into my mouth.  I moved freely in my body, ate when I was hungry and stopped when I was full.  The day after the lie took root I was unable to do any of those things.  My body hadn’t changed one bit but my thoughts had and my thoughts (like yours) are the frame through which I see and experience my life.

I witness this pattern on a daily basis with my clients…  Someone believes the first lie, changes their reality as a result and then a host of other lies take hold resulting in some very wonky and unhealthy behaviour patterns.

– People believe they should work 60+ hours a week to justify their salary – THIS IS A LIE (surely quality counts more than quantity?)

– People believe rain is bad – LIE (we all need to drink, right?)

– Christmas should be perfect – GAH!

I had a client once who believed she and her children had been horribly abandoned by her cheating husband.  She completely believed this story and it had become the foundation of her life-narrative which was, “I have been rejected, I am a victim, I have been left, everyone leaves, I’m on my own, I have no choices etc, etc.”  To her, this was the absolute and total truth.

Some digging revealed that seven years previously she had told her husband that she would no longer sleep with him and that he would just have to accept a sexless marriage.  She also told him she no longer loved him and (in her own words) “parented him like the other two” (their actual children).  The time came when she’d had enough of this and she asked him to move out which he duly did after which he met another woman and fell in love.

It took hours of coaching for my client to see that she had set up the situation in which she found herself.  That it was, in fact, she who had rejected him!  The actual truth (buried very deep) was that her marriage had been unhappy for both of them but because she believed the lie that “good people don’t leave marriages” she couldn’t own responsibility for the fact that she had ended the marriage.  It was easier to blame him but the resulting anger, resentment and neurosis she suffered were the payoff for lying to herself.

And so back to my ten-year-old legs.  I would like to point out that legs come in all shapes, sizes, colours, levels of ability/disability/hairiness, stubble-y-ness, vein-y-ness, muscle-y-ness etc and their primary purpose is to get us from A to B.   But, here’s the irony.  I love my legs today and consider them to be one of my best features.  How have I gone from hating to loving the exact same thing? After all, my legs have not changed!  Quite simply my frame changed because I stopped believing all those lies.  I started to allow the truth to surface, which was that my legs are and always have been the legs I need to support and carry me in this life. They are long, they are muscle-y, they have a bit of wobble at the top, they carry me up a half-hour hill on my bike every day, they need a shave, they have taken me on a thousand walks in the rain, they are not fat, they are not thin, they are mine.

To discover the lies you might be telling yourself (we all have them) try asking yourself to list the rules you live by and then go through each ‘rule’ to see if it might be based in truth or perhaps an old lie you have been telling yourself.

« Where’s the real gender gap?
How to break free from the cycle of fear »