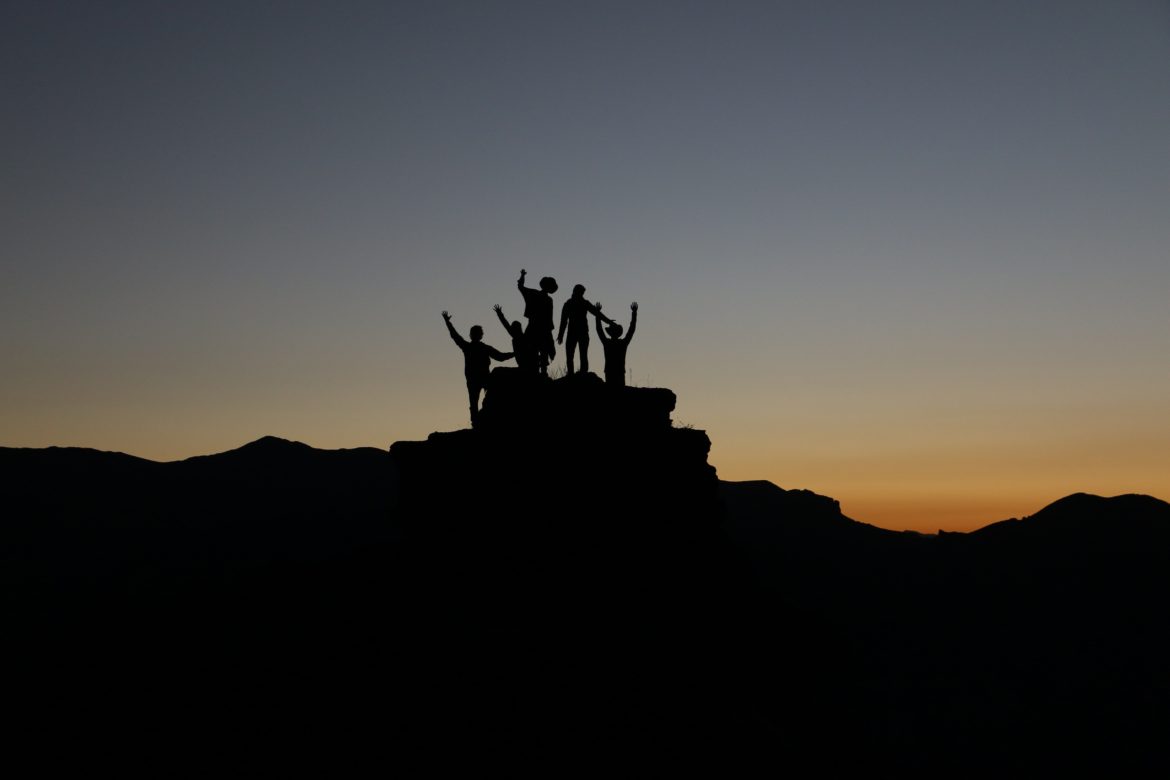 Meet Sam.  It’s his first day in a new job.  A top marketing job no less in a company he’s admired for years!  He’s excited about the project, the prospects and the people.  He’s joined forces with a team of executives who all say they want the same thing.  He and his team all agree they want to win.  They want to beat the competition and be the best they can be.   Sam leaves for home at the end of his first day pumped and ready for what lies ahead…

Three-months in and Sam is battling an increasing sense of defeat and doom.  Projects seem to get started but never finished.  His boss makes many promises but she never seems to keep them.  Sam thought his colleagues were decent people who wanted to work together to win more business but all they seem to want to win is more personal power and plaudits.   They play politics and gossip about each other all the time but, weirdly, pretend to Sam (and HR/Senior Management) that they really like each other.

Sam feels directionless and suspects that much of this is somewhat down to a gnawing sense that he has become someone who says what he thinks people want to hear rather than what he truly believes.  He knows this is because he doesn’t want to rock an already-unsteady boat but in his last job he prided himself on being able to challenge and innovate.  He’s allowed his wings to become severely clipped – how did that happen?  Worst for Sam, though, is the apathy he now feels towards his work, his colleagues and his company.  He senses that there’s no point saying how he feels because nothing will ever change… everyone says so.

Then Sam finds himself daydreaming about the last team he worked with.  Of course, nothing is perfect but at least with those guys he felt energised and able!  On his last team they were able to grow and nurture new projects from conception to completion.  They all knew what it took to see a project through to the end and everyone remained pretty committed throughout.  They played to their strengths but also held each other accountable for growing and stretching beyond individual comfort zones.

Sometimes, on his last team, Sam and his colleagues had had some really difficult conversations – times when people really argued.  But at least they cared enough to argue and they always reached some kind of a decision even if it wasn’t a total consensus.  They knew where they were headed and people genuinely felt motivated.  The boss, Sue, inspired confidence too – she was firm, fair and friendly but very much in charge.  You didn’t mess with her and wanted her praise but she welcomed new ideas and wasn’t afraid to be challenged.  Sam felt he belonged on his last team whereas now he feels disjointed and separate.

Do you recognise Sam’s experiences?  Likely you do because most, if not all, of us have worked in highly dysfunctional teams (often, sadly, more than once) and some of us have experienced the joy of working within the framework of a true team.  SO what differentiates the two?  What causes one team to work and another to fail?

It’s very easy (and common) to blame the boss for the dysfunction of a team but this only tells half the story.  It is absolutely the job of the boss to create a healthy, non-toxic environment for the team to flourish within.  However, rather like horses and water you cannot force team members to engage in healthy ways.  It takes a majority to operate as a true team – if you’ve ever seen a rugby team working together for a try you’ll know what I mean.

The primary ingredients to building functional teams are trust and truth.   Trust and truth are to teamwork what eggs and oil are to an omelette.  You can add all the veggies/herbs/bacon/cheese you like to an omelette but it won’t be an edible or recognisable omelette without the eggs and oil.   In the same way you can add communication skills, time management training, project plans, fun days out and meetings to your team but you won’t be a functional team without trust and truth.  Why? Because by establishing and maintaining trust team members are able to:

So how do you go about building trust in your teams?  I do a huge amount of work helping corporate teams to flourish and we always start with some truth telling.  This can be managed by the boss, an external facilitator or a team member but someone needs to ask everyone on the team how they really feel about work.  Anonymous questionnaires are a great place to start.  Ask team members to answer the following questions as honestly as they are able (remember to guarantee anonymity – you can use any online survey tool to ensure this).

Once the facilitator/group leader has the answers to these questions he or she can collate them into one document so that anonymity is completely protected.  Answering probing questions like these really gets team members thinking about what it means to be on a functional team and what might be lacking in the existing environment.  People probably won’t tell the whole truth at this stage but they will start to open up about what’s really going on.

How the information in these questionnaires is handled going forwards is key to successfully start building a functional team.  I usually get the team together and suggest that the initial day is literally an exploration of what’s really going on.  An internal stock-take, if you like.  The anonymous answers to the questionnaires can then be distributed and a discussion can be facilitated about what the results mean and what the team wants to create in future.

At this point some teams decide they are fine as they are and opt to crack on with their dysfunction, usually because the boss or other key members are not willing to do the hard work of change.  But, more often than not, most teams see that they’ve lost their way and want to engage in the process of creating a healthy, trusting, truth-telling environment because they know that teams working in these conditions really are winning teams.  And winning teams can only be good for business, right?

A team is a like a family; the more closely connected the members are the more likely they are to survive a crisis and pull together when it counts.  And close connection is borne out of trust and truth.  Simple in theory, hard work in practice but ground-breaking in terms of results.

This article first appeared in PM Forum magazine (Summer 2017) for which I’m a regular contributor and conference speaker.  My next workshop for PM Forum is on 28 September 2017 in London.

« The Power of Acceptance
Finding your inner sparkle »